Many people have expressed concern about the impact that plastic shopping bag bans would have on  low income people.

In this video, a news story which appeared on Spectrum News in CNY, Mainstream Green's President, Dana Johnston, talks about how people can use what they already have, to make their own reusable shopping bags. Click on the image to open a new window with the video. 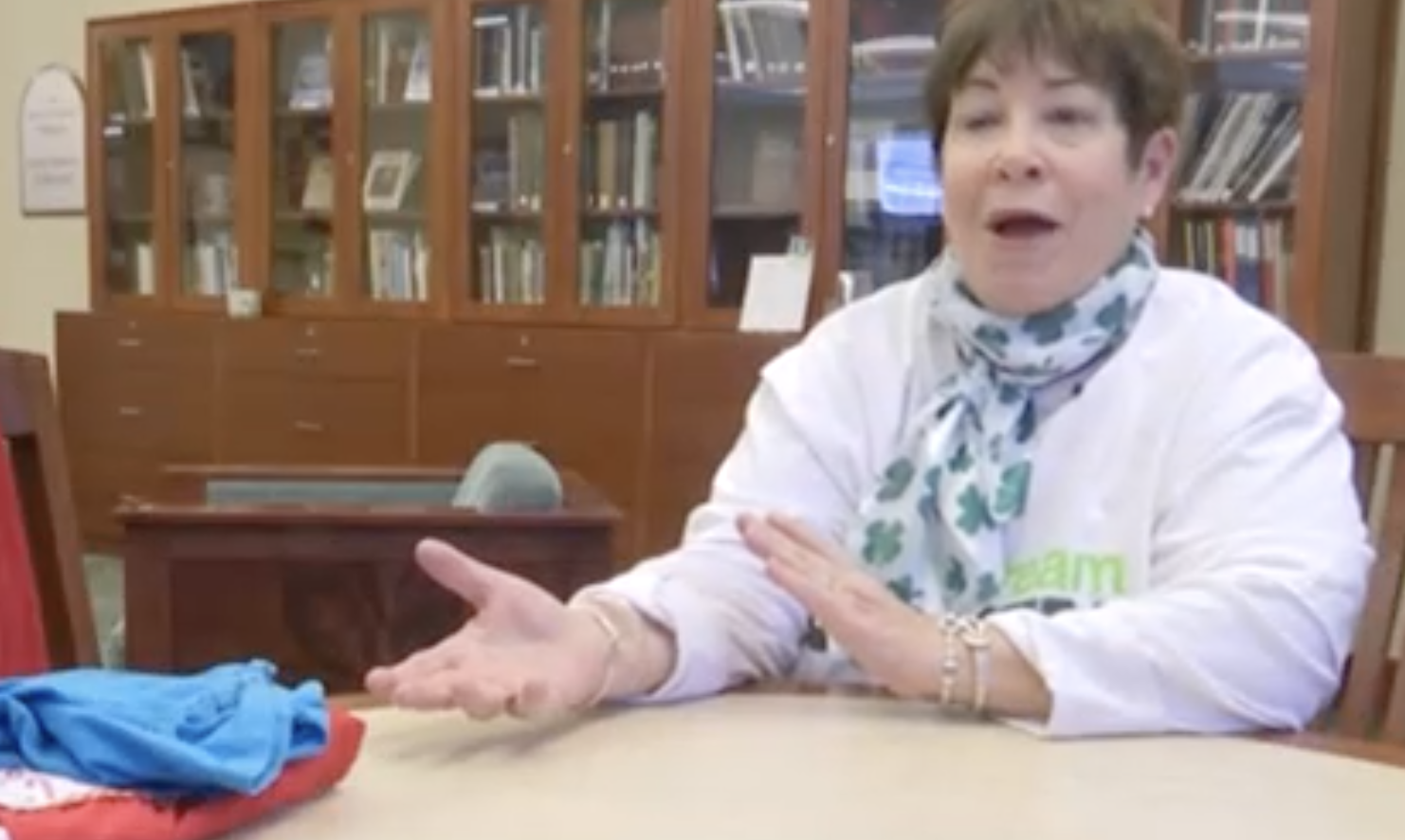 Many people have expressed concern about the impact that plastic shopping bag bans would have on  low income people. Mainstream Green has addressed this issue in a number of ways, including donating thousands of reusable bags to food pantries throughout Onondaga County NY, and using social media to suggest that other charities in other counties and states take the same action.

In this video, which was a news story produced by Spectrum News CNY, Mainstream Green's President, Dana Johnston, talks about how reusable bags are an investment in our children's children's futures. Click on the image to open a new window with the video. 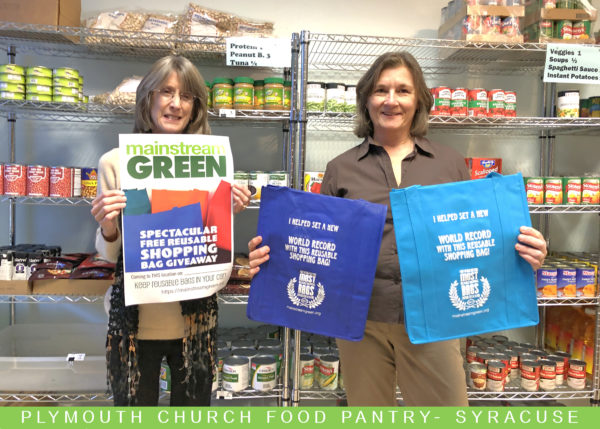 We were so pleased and thankful to Eagle Newspapers for running this article about Mainstream Green's reusable shopping bag giveaway for Onondaga County Food Pantry patrons.

Love a kid & love your planet, at the same time, with #TURNitOFF anti-idling t-shirt!

Don't Idle Away Our Atmosphere!  Did you know: We waste 3.8 million gallons of fuel EVERY DAY in America, by letting our cars run while they are stationary? Burning 1 gallon of gasoline in a car engine produces 18.07 lbs of CO2.  Carbon traps heat in earth’s atmosphere.  If we avoid 1% of gallons used idling, we’d prevent release of 390 tons of carbon daily, with no drastic change to lifestyle.

Purchase one of these t- shirts and spread the message about idling!  When your car is in P, #TURNitOFF!

Available in Children's Small, Medium, Large and XL. These shirt are 100% cotton and Made In America! Proceeds go to Mainstream Green, Inc., a 501 (c)(3) nonprofit. Order now using this form, and we will send you an invoice you can pay online or with a check via US mail. All shirts are shipped via Priority Mail fixed rate boxes. 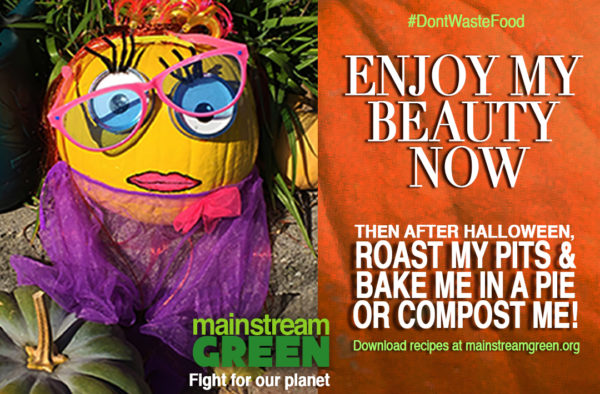 Of the nearly 2 billion pounds of pumpkin grown in the United States in 2014, some 1.3 billion pounds were thrown into solid waste trash instead of being eaten or composted, according to the US Department of Energy.
Mainstream Green’s got resourceful ideas about what you can to do with your unpainted pumpkins after Halloween: Cook ‘em, Compost ‘em, or throw into woodsy areas for wildlife to consume. Download a pdf of recipes here!